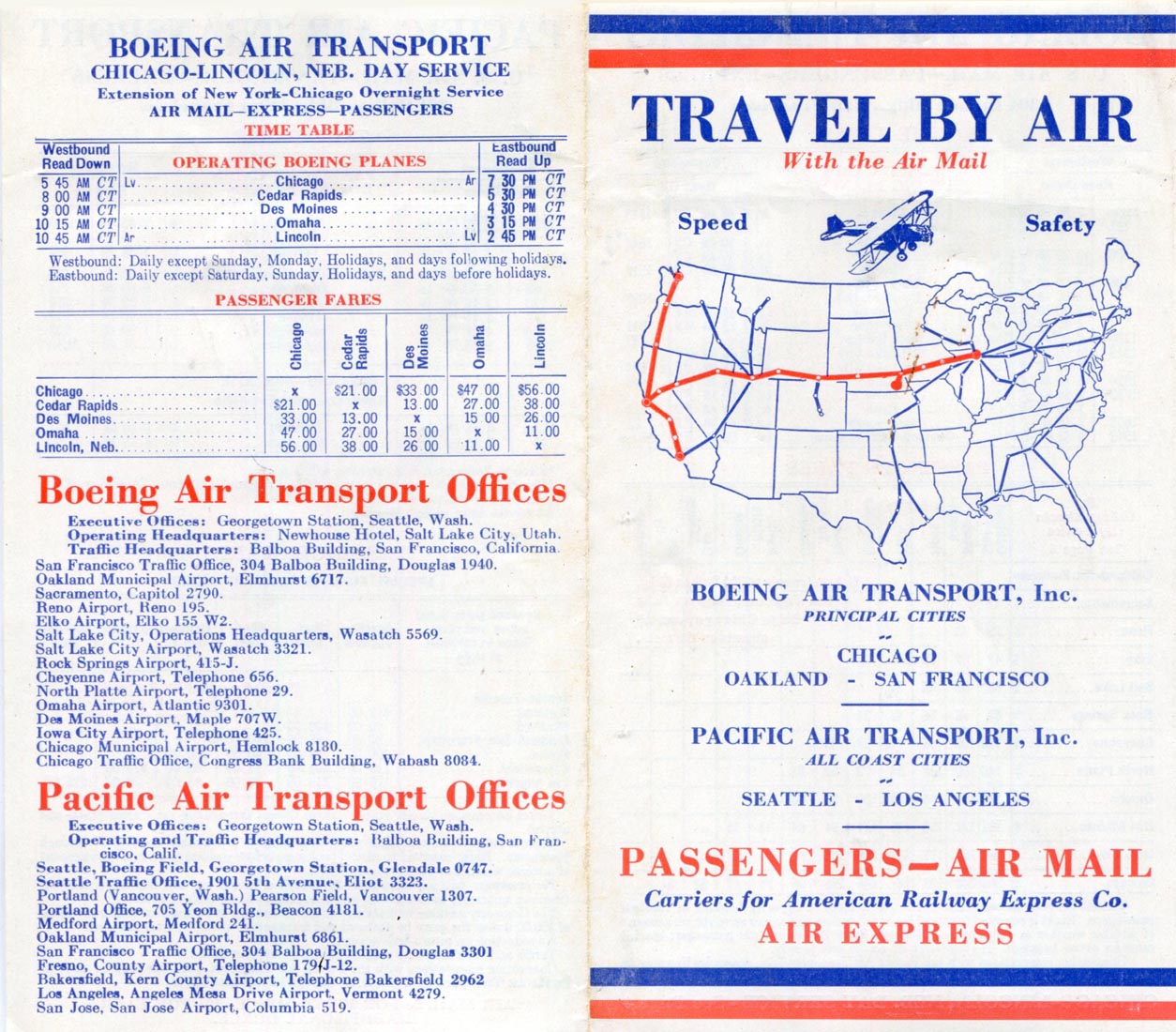 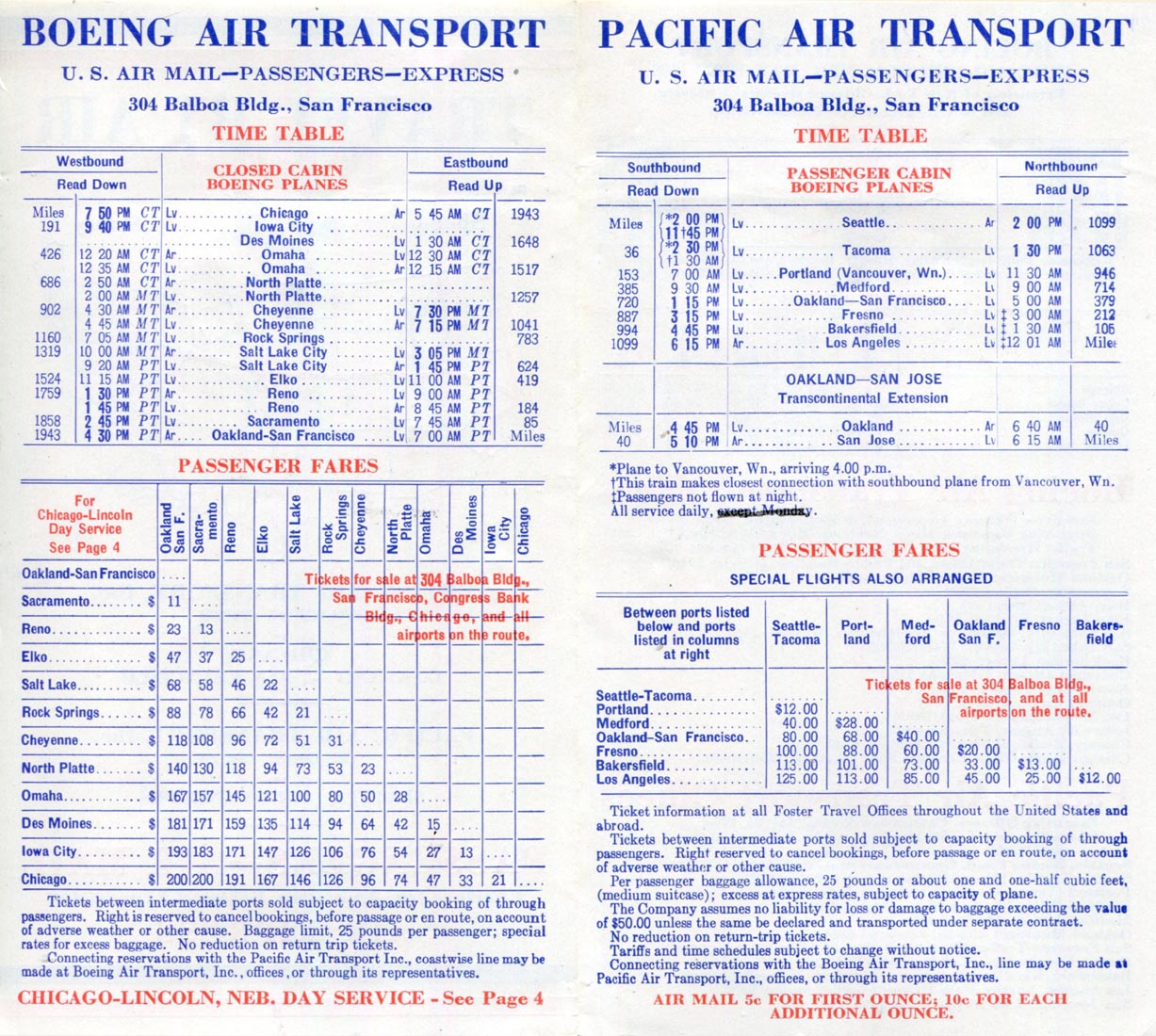 (From the collection of Craig Morris)

Compare this timetable to another timetable, c. late 1928/early 1929 - they are almost identical.
This one shows the Oakland-San Jose connection, plus a later telephone number in Sacramento, so it should be a slightly later issue.
Flight times and fares comply with times and fares given in the OAG of February 1929, with the exception of the
Oakland-San Jose route, which is not in the OAG.