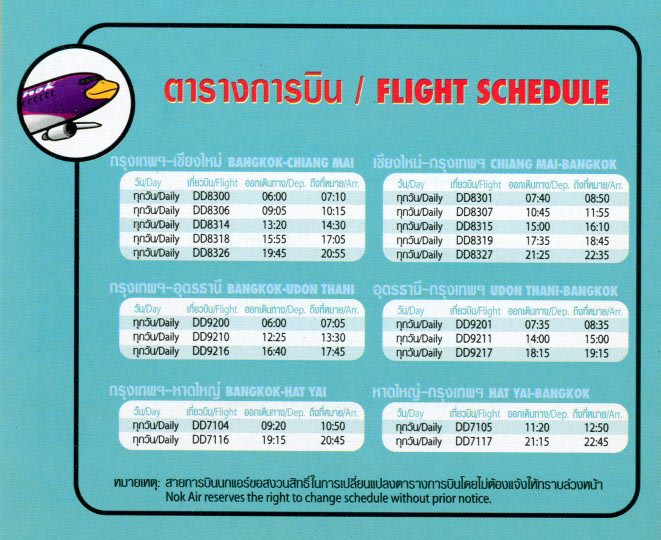 DZ
Undated (2004; c. summer/early autumn)
This timetable, which may be the first issued by Nok Air, shows flights to the three destinations that the airline
operated to initially: Chiang Mai, Hat Yai and Udon Thani. Services started in late July 2004.
Flights to Phuket and Phitsanulok were added in mid-October of the same year.
The two timetables marked as dated "2004; c. autumn" says "New destinations to Phuket and Phitsanulok"
in Thai at the top of them (see this page), hence the estimated dating.